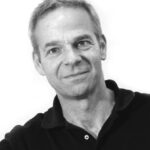 Born and grown up in Dresden, Norbert is now living in Munich. He also spent some years in Cologne and Hamburg. Norbert is married with the Greek composer and conductor Konstantia Gourzi.

He started with black-and-white photography early in his adolescence and became increasingly fond of it. Later, he continued with some experiments taking short experimental films with a super 8 camera.

After the break of the German Wall it happened to him that he abandoned actively dealing with photography for more than ten years. He re-started around the change of the Millennium, this time on digital equipment. Since then, he’s increasingly trying to spend as much time as he can on his beloved hobby in parallel to his professional duties. Main areas of his art photography are landscape, architecture, sculptures and other art-objects, nature studies and impressions.

Currently he works in consulting, providing support to medical research and development of new medicinal products. Before that, he spent almost two decades in the pharmaceutical industry in similar areas. He received a doctoral degree in applied mathematical statistics and a second one in theoretical medicine.